Darby Will Be Home Soon

You may have noticed that I haven’t taken many pictures of Darby lately. He has been on an extended vacation, visiting long lost school chums in the upper reaches of Oh Valley. He’s due back tomorrow and I’m sure he will have many stories to tell.

He found his friends while resting on my shoulder, watching as I found my old buddies – where everyone finds everyone – on Facebook. You didn’t know Facebook has a category for Fancifulls? Why should people have all the fun? 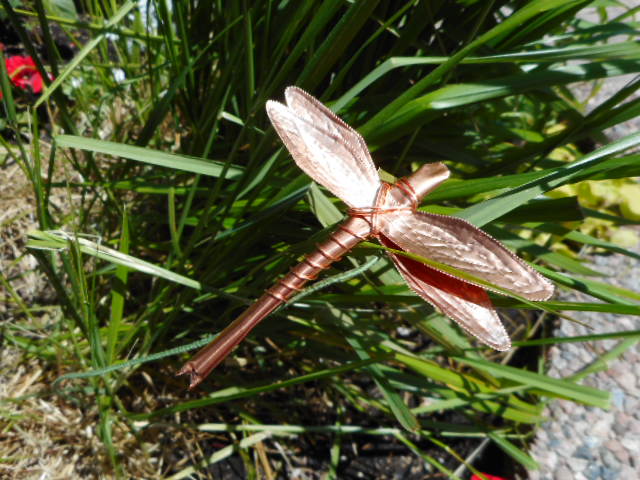 Darby’s Selfie sent to Delta, Dixie and me.

Delta and Dixie have been quietly enjoying their stacation, coming and going as their moods chose. They will be happy to have Darby back. They missed his teasing and funny antics. I’m not allowed to repeat that to Darby. Delta has also been trying all week to get Dixie to promise to stay through the winter. She will miss Dixie terribly if she goes south to Aunt Myrtle’s. Dixie is considering staying although she doesn’t like the cold climate. She arrived in Oh Valley this summer when it was still very cold outside. She was not happy about our weather – NOT one little bit. She does, however, like all the friends she’s made at The Insect Inn and is developing a crush on Baxter. Dixie is also thinking she’d like to see snow for the first time, from inside the inn where she can stay toasty warm.

Who’s Baxter, you ask? Baxter is a Bumble Bee and he’s pretty smitten with Dixie too. He’s very busy with his pollinating and can’t spend as much time with her as he’d like to. He lives by the family motto, “To be busy, is to BEE BUSY.” Baxter zooms to and fro pollinating all the flowers he can reach in Oh Valley. He works as hard as he possibly can. He loves his work but wishes he didn’t have allergies. Baxter, you see, is allergic to pollen. Imagine that – a bee that is allergic to pollen! Oh my! 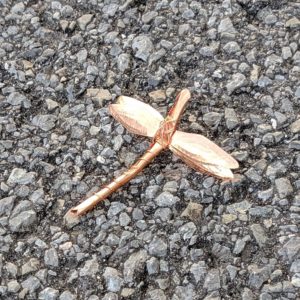 Delta lost and found on the Greenbelt.

One day this week, Delta, Dixie and I were out on the Green Belt taking pictures and Dixie whispers that Delta is missing. They were sharing the same pocket and Delta flew out to see things for herself. Thankfully, we back-tracked and found a very exhausted Delta on the path leading up to the Green Belt. She could have been seriously hurt. So glad she is safe with us again.

Before you meet Baxter, I’ll first introduce you to Bianca, Flutter, Fanny and Buttercup. Flutter wishes she had a more masculine name. How the heck is she ever going to make it to the tryouts for spring training. All she ever dreams about is becoming a short stop for the New York Yankees. She coerces her best friend Fanny to camp every spring. Friends are always there for you and Fanny is no exception even if she does wonder why Flutter has such an obsession with baseball. She roots for Flutter every year. This year, in fact, Flutter convinced her to put her name down for tryouts too. All Fanny can think is that Flutter has a far greater chance at getting a spot on the roster as a Short Stop than she, Fanny, does a as a designated hitter.

Fanny wants to be a Quality Assurance Inspector for a local Drone company. She could do it. Drones are very similar to her friend, Darby. She likes watching the way he can hover and shift up, down, side-to-side, forwards and backwards whenever he feels like it. He doesn’t even think about it. She sometimes wonders if Darby’s actually showing off but she can’t figure out why he would do that. Do you know why he might? 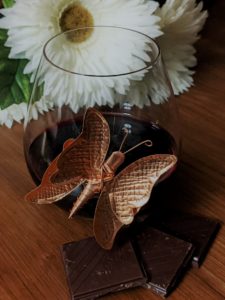 Buttercup relaxing after a long conversation with Bianca.

Buttercup is a bookworm – or rather was a bookcaterpillar when he lived in his cocoon. All his shelves were lined with all kinds of books and he read every one of them while he was waiting for his time to spread his wings. Metamorphosis. He’s glad he had the chance to read so much because all his friends think he knows the answer to everything. He still doesn’t know why the sky is blue. Every time he flies up tosee what makes it blue, it’s always clear, not blue. No matter how high he flies everything is clear. Shouldn’t he be surrounded in blue? He’s still working that puzzle out.

Buttercup’s most recent question was posed by Bianca. She doesn’t know why she has to be a butterfly. She’d far rather whiz around with a compact form like her friend, Lily. Lily is a Ladybug. So Buttercup suggested that maybe Bianca could dress up like a Ladybug and see if she is happier. Bianca is on her way to find a Ladybug costume as we speak.

So much happening in Oh Valley. Here’s to the end of a beautiful Canada Day, and to top it off, I found my video of Delta by the beaver dam on the Green Belt. Unfortunately, I can’t post it here because my WordPress package does not allow for video input. I’m crunching the numbers now to get the eCommerce upgrade. Should be up and running later this month. And then I can post videos too!

Have fun and play safe,

Sue and the Fancifulls of Oh Valley