Flutter and Fanny are back from visiting Buttercup. He let them know from reading his daily newspaper, The Citizen,  that the Washington Nationals of Washington DC, had captured the title of “World Series Champions,” – their first-ever World Series title. 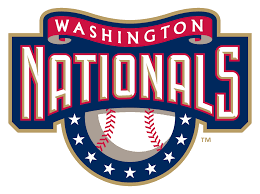 **A friend, Ken, pointed out an error in my original post. I had typed “Washington Capitals,” the name of their hockey team. Hey! Washington DC is picking up all the hardware! They also have Lord Stanley’s Cup winning the National League Hockey Championship. In Canada, I’m more of a hockey fan myself so please excuse my past error. 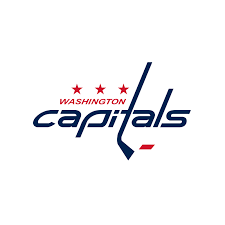 This Washington is not a State. It’s kind of confusing. There is a state named Washington and there is also Washington DC.

Congratulations Washington! Now, where were we?…

Buttercup’s room occupies one of the three turrets built at the corners of the Inn. Dinah has a turreted room too. Hers has recently been re-decorated by request. Along with her favoured pinks and purples, the round walls now display framed posters of all the movie she has starred in.  She keeps them as fond memories of her time before she arrived in Oh Valley. She is seriously considering leaving show business and retiring here.

The third Turret has been set up as a guest suite for large families. It is the largest room the Magical Insect Inn has to offer. The family that makes reservations, will have to be mindful of the extra stairs. Butterflies and Dragonflies have no issue with stairs and commonly fly in and out through the many windows that offer occupants exceptional, 240-degree views of Oh Valley.

I bet you guessed the Insect Inn is laid out in the shape of a triangle. Good for you!

Buttercup has never lost his love of books from his “caterpillar” days when he was sometimes mistaken for a “Bookworm.” The walls to his room are lined with books and teetering stacks of books on top of those ones. He has books on every subject you can imagine. There are books on steam engines and locomotion, books on astronomy and space travel, on slime making, plant identification, metamorphosis of caterpillars into moths and butterflies – That one, Fanny and Flutter thought was totally unbelievable. Buttercup even has books on how to bake the best French baguette and Baked Alaska… another subject Fanny thought was pure fiction – Baking ice cream without it melting? Impossible. No Way! 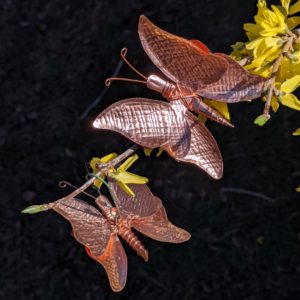 Many of Buttercup’s books once lined the walls of his cocoon, while he was a caterpillar and because of his love of reading he is the only butterfly that actually understands his own life cycle. He can remember when he was a caterpillar.  He taught Gramps and Belvedere about what happens to caterpillars during metamorphosis. As senior members of Oh Valley, Gramps and Belvedere needed to be aware of such details for the welfare of their community.

Life changes to their members requires support from all Fancifulls. Young Butterflies, Dragonflies and moths need time to get their bearings when they first emerge from their cocoons with very changed bodies. Oh Valley residents learn early on to accept and get along with all beings as they are, so learning this is no big deal. It’s second nature for a Fancifull to support another Fancifull through the early stages of transition after metamorphosis and throughout all their lives. (Where was I?…. Oh yes… Flutter and Fanny….)

For the full month of October, Flutter and Fanny were daily visitors to Buttercup’s turret-room to learn the results of all the post-season games. Their beloved New York Yankees finished first in their division. They were in the playoffs against another strong team, The Houston Astros. Each day Flutter would drag her best friend, Fanny, to Buttercup’s sanctum to get the latest news and play-by-play highlights from the previous game.

Unfortunately, this was not the Yankee’s year to bring home the Commissioner’s Trophy. This put a greater fire in Flutter’s belly. She and Fanny (Fanny, not so much) were itching to get to New York Yankees Training Camp 2020!  Getting cut from the roster this past Spring with only having Didi Gregorius’ autograph to show for her efforts was not what Flutter signed up for. Flutter knows she could have helped the Yankees to their 28th World Series Championship. With Didi Gregorius, their starting short stop sidelined with injuries for part of the season, she could have been there for her team.

Flutter would never have let a ‘Wild Card’ team win the World Series if she’d been in pinstripes!  She also has mixed feelings in seeing Canada’s Montreal Expos team, in Washington Nationals uniforms, as they won the most important trophy in all sport. (**The Montreal Expos franchise was sold to Washington in 2004.)

Now that Gregorius is a free agent, he should be picked up by another team and she, Flutter would be called up to “The Majors” and slide right into his Short Stop position. She may have to contend with Gleyber Torres though. He’d been filling in for Gregorius while ‘Sir Didi’ was healing from elbow surgery. With her determination, she’s certain she’ll be a shoo-in, no matter the competition. She would be ready for all they threw at her! She WILL become the STARTING Short Stop for The New York Yankees Major League Baseball team. Flutter can do anything she sets her mind to. UPDATE – March 12, 2020. Unfortunately, due to COVID-19, Flutter’s dream is sidelined for another year. Even she realizes she’s getting a bit old  but will maintain her training regimen and be at her peak performance next Spring.

Fanny, on the other-hand, was not so keen but will go back to Spring Training with Flutter. Her heart isn’t really in the game of baseball. Becoming a Quality Assurance Inspector for Drone Avionics is Fanny’s dream. However, Fanny is loyal and loyalty means supporting your best friend. If Flutter wants her to try out, try out she will! Fanny only wishes she didn’t have to try out for the Designated Hitter position. As a DH, Fanny would become the player that’s expected to hit the ball out of the park every time at bat, not “Fan” and miss it completely, as her name would suggest.

These best friends are Yankees fans… and proud Canadians. Its tough being a baseball fan/player these days. Our Flutter though, she’s not giving up! 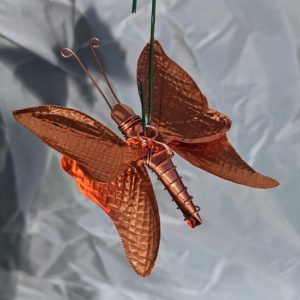 Flutter, waiting for another chance, while isolating.

Wishing you the courage to follow your dreams and never, ever give up. You want to be a Fire Fighter??? That’s Cool!… or should I say, That’s Hot! 😉

Sue, Axie, and the Fancifulls of Oh Valley,