Our friends, the Fancifulls, are happy to have made the repairs and upgrades to their magical Insect Inn. Snow has fallen and the nights are much chillier. Some Fancifulls come out during the day, warming their wings while playing friendly games of Wing Tag. 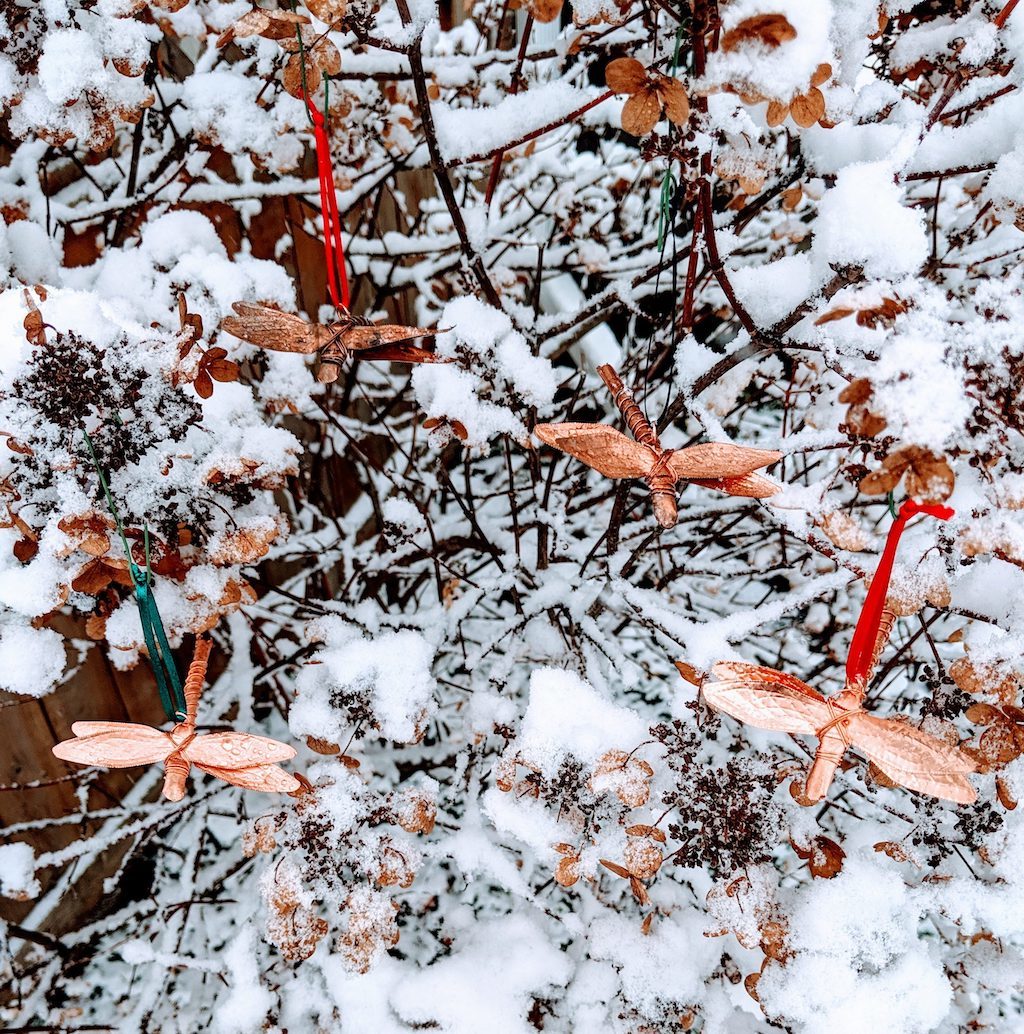 Fancifulls keeping warm with a game of Wing Tag in the sunshine.

For Flutter, however, there’s no time for Wing Tag. Spring Training Camp for the New York Yankees is only a few months away. She can’t let cold weather stop her from her work-outs. Why can’t Fanny be dedicated like she is?

Flutter knows why but is having a hard time admitting it – even to herself. Flutter is beginning to understand that her dream of becoming a starting shortstop on the world’s most famous baseball team, is not the dream of her best friend. Deep down, she’s known all along. She wanted her best friend Fanny,  to be with her when she got signed to the team. That was why she ignored Fanny’s protests to train.

Flutter knows that Fanny’s dream is to become  a Drone Quality Assurance Inspector, not a professional baseball player. She also knows that she is pulling Fanny further from her dream by insisting she come with her to training camp. Flutter feels guilt.  She has been selfish and Fanny deserves much better treatment from Flutter, her best friend. 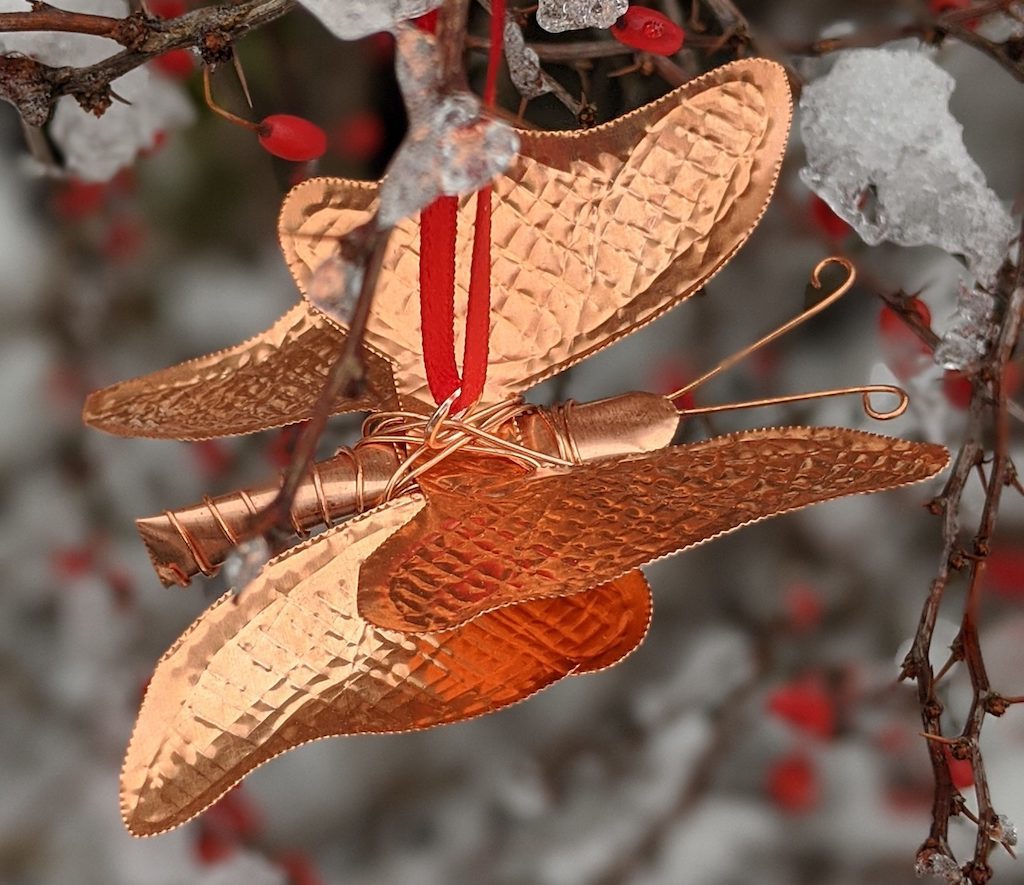 Flutter practicing his balancing, an important skill for a baseball short stop.

How can she make it up to Fanny? Who could help her? Maybe Buttercup but he was out playing Wing Tag. Belvedere! He would know what to do. Flutter dropped everything and dashed to Belvedere’s hive to seek advice.

She found him in his garden, collecting the last of the season’s bee balm leaves and flower heads. The wilted flowers had been dusted by last night’s first snowfall but could still be dried and used for tea-making. Bee’s love bee balm. Belvedere was no exception. By collecting all year, he was certain to have enough for medicinal purposes as well as for a minty tea and keep the winter chill at bay. Next summer, the cheerful blooms would take up a large portion of his outdoor flowerbeds once more.

Bee balm herbal tea is said to ward off colds and flu and help clear stuffy noses.  Calming of frayed nerves was another benefit of drinking it. On seeing Flutter in such a fluster, Belvedere decided it was high time to make a brew. A conversation over a cup of tea was always a good way to problem solve. Flutter’s world would soon be put back to rights. 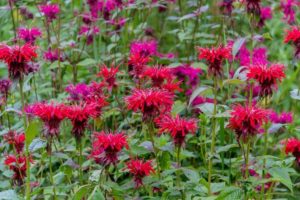 After Flutter explained how selfish she’d been with her best friend, and that she wanted to make it up to her, Belvedere pondered. He had an idea but he needed to ask permission of someone first that he thought could help.

Although Belvedere had no children of his own, he has a fair number of nieces and nephews. You’ve met Baxter. Now let me introduce Honey. Honey is the head technician at the Drone Flight School, a special unit of ROVeFAR – Royal Ottawa Valley Electronic Flight and Academic Regiment. If anyone could find out what qualifications are required to be a Drone Quality Assurance Inspector – DQAI, Honey could… and would.

With their tea finished, and Belvedere assured that Flutter was less flustered and in a fit state to fly, they headed to ROVeFAR is search of Honey Bee. Flutter recognized Dash and Driscoll and she saw her friend Darby too. Now that Dash had helped Darby overcome his fear of the dark, he had become a top Drone Recruit at ROVeFAR.  Soon he would ‘\ graduate the basic training and become a student with their elite Drone Flight School unit.

No time to stop and chat –  Flutter and Belvedere flew to his niece’s office and Belvedere buzzed them in. A short conversation later, Honey had all the details she needed to request an interview with Fanny. From the way her Uncle and this flustered butterfly were speaking of Fanny, she just might have the drive and grit to get through their rigid training at the regiment. They were in need of at least one new DQAI. She would give Fanny an interview.

Flutter thanked Honey and Belvedere and raced home while Belvedere sat for a spell with his niece to have a catch-up. Flutter was so excited to do something for Fanny. It felt good to help a friend. She found her exactly where she thought she’d be.

Fanny was on her short-wave radio listening in on the commands given by tower control to the drones in flight. She knew all the commands down cold. As a DQAI, she would be trained as a nurse practitioner and a electronics technician. All the gear that the dragonfly drones wore – guidance systems and cameras, as well as the dragonflies themselves would be her responsibility. If they came down with even a sniffle, they were grounded. Clean bill of health or no mission.

“If only…” Fanny sighed. Flutter came barreling in – if butterflies can barrel – and to her consternation, shut off her beloved short-wave radio. Flutter asked her to listen. Fanny thought that was all she ever did – listen to Flutter. This time the conversation sounded very different.

Flutter began by apologizing to her for monopolizing their friendship and for always coercing Fanny do what Flutter wanted to do without concern for what she, Fanny, might want. Flutter said she’d been selfish, without fully realizing it, and it had gone on far too long.

“Fanny, Are you serious about becoming a Drone Quality Assurance Inspector at the flight school? 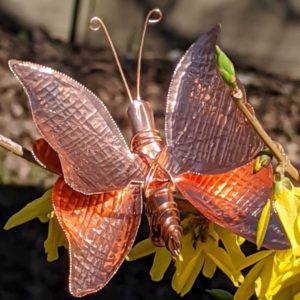 Fanny listening to her short-wave radio through her antennae.

“Flutter, I know you want me to go with you to Spring Training, but really Flutter, I’m just not into baseball.  My prospects are bleak for ever becoming a member of the New York Yankees. The designated hitter has to be able to hit home runs. I always “fan” at the ball and rarely make contact. Baseball is so NOT me. It’s your thing, not mine.” replied Fanny.

“Good answer! Starting tomorrow you are going to get a crack at your dream. We are going to ROVeFAR. You have a scheduled interview. This is your chance to shine.

With that, they shared Butterfly kisses and said their good-nights. Thanks to Flutter, tomorrow was going to be a huge day for Fanny. She knew Flutter was a true friend. She had never doubted it. Tomorrow was a big day. Fanny needed her sleep to perform her best in the interview.  Good night.

Can you name all your true friends? Don’t forget family members – including dogs and cats. Hamsters count too. 🙂

Have a wonderful week at school and be sure to be good for Mom and Dad. Do all of your homework, chores if you have them, and make your bed. Christmas is not too far away now. Santa’s watching. 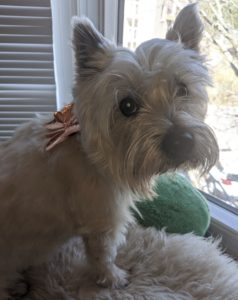 Axie helps in the shop as much as he can. He makes sure I get my breaks to – at the dog park.

I may not have another Fancifull Story for you until just before Christmas. My workshop is very busy too and I don’t have any elves helping. Axie is a good supervisor but without opposable thumbs, he isn’t much help in dragonfly and butterfly production or packaging. He’s good at making sure I stop for breaks – his breaks.

Sue, Axie, and all the Fancifulls of Oh Valley (November 2019)